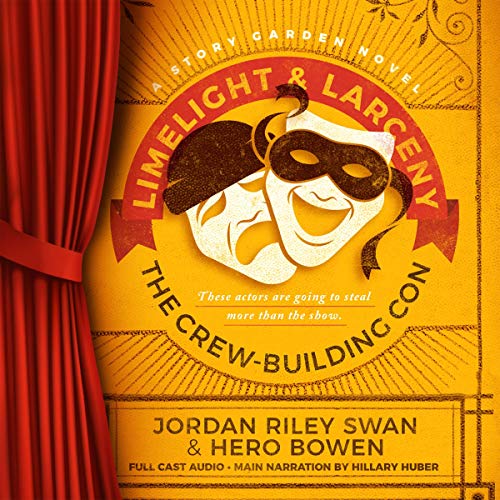 In Limelight & Larceny, by Jordan Riley Swan and Hero Bowen, these actors are going to steal more than the show.

This full-cast audiobook, featuring 11 different voice actors, and narrated by Hillary Huber, take on the roles of the Tandem Players, a group of community theater actors that love their community theater almost as much as they love the sweet old landlady who gave them a home to perform their plays in over the years. But when she passes away, and the will that was to leave the Broadtown Theater to the acting troupe disappears, they don’t even have time to mourn their loss. Her son comes in like a wrecking ball, brandishing a 20-year-old will and an ultimatum: leave, or be buried under the rubble when he has the place demolished.

The ragtag group of actors – a street magician, a former stuntwoman, an IT student, an FX specialist, a leading man, and their stage manager – will have to pool their talents and steal the will back. And they’ll have to act fast, because the next wrecking ball that swings in is going to be a real one. 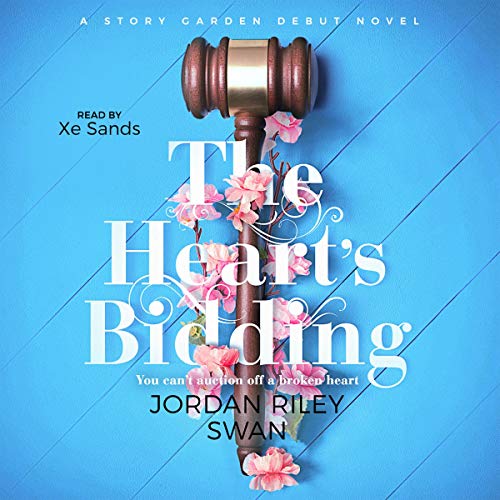